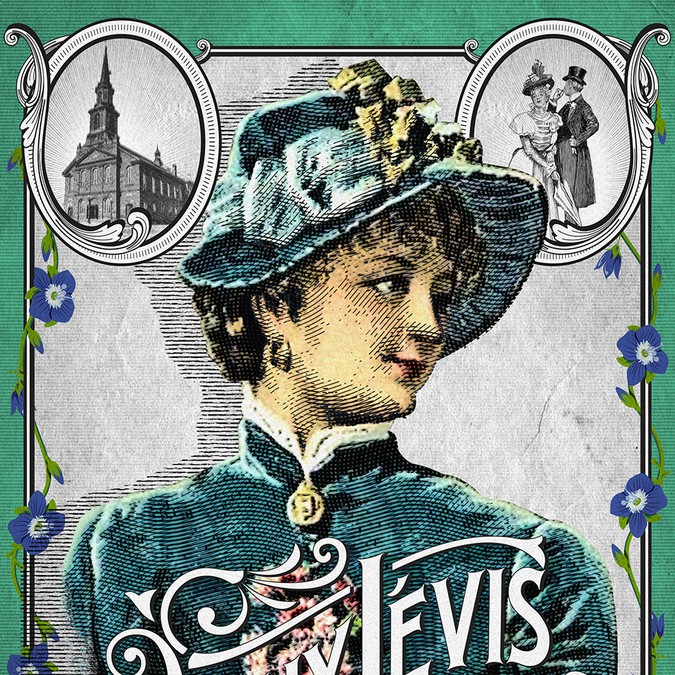 Design a Victorian style poster to promote a historical tour

TA{ needed a new poster design and created a contest on 99designs.

A winner was selected from 132 designs submitted by 26 freelance designers. 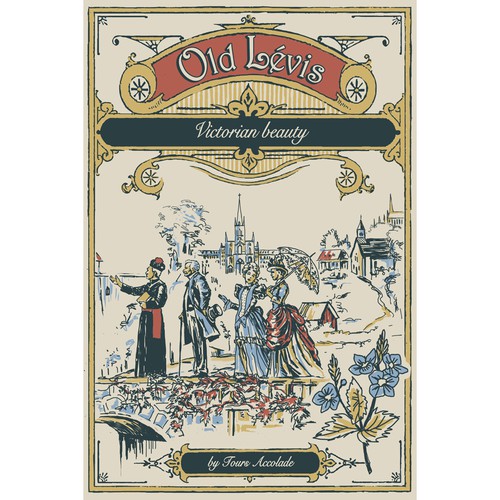 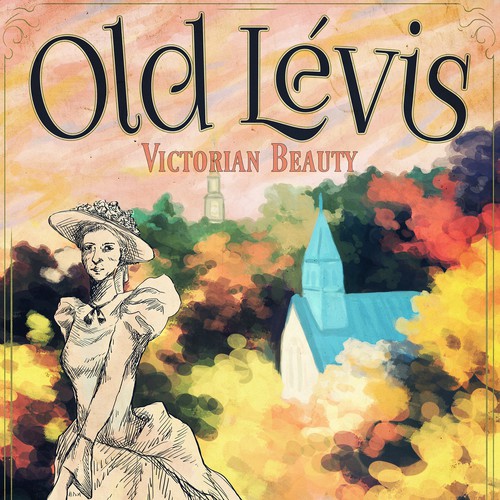 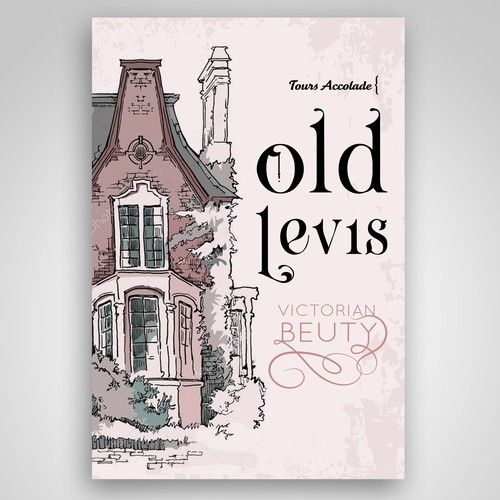 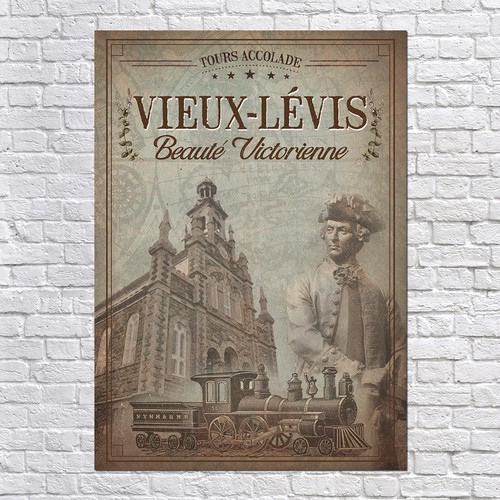 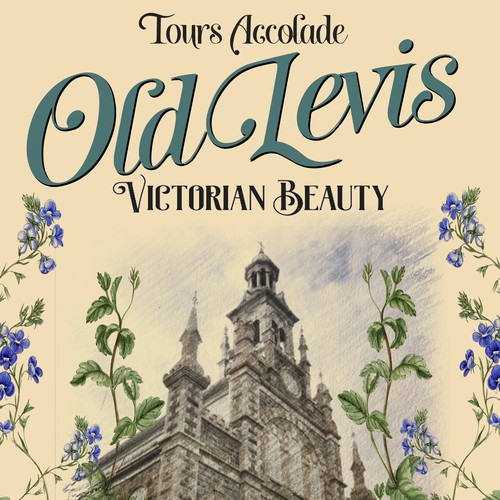 Winner - UNTALENTED
UNTALENTED is great. Always reliable and consistently does quality work. Will continue to work with him. Thank you Razvan!
- Anonymous

Finalist - Millebon
The first design that was done essentially captured the elements that I had outlined in my brief. While there were several interesting designs, no one else seemed to catch the purpose of my project and therefore finished behind.Pays to read the material and think about what was asked.
- Anonymous

Finalist - Jaston Nababan
Jaston beat all Top Level Designers in this competition by far. He succeeded with his perfect communication skills, never ending service (in terms of doing adaptions over and over again) and his extraordinary design skills. We highly recommend Jaston and his work to everyone who is looking for a really unique design. Thanks Jaston, we would love to work with you again!
- Mission Nutrition

How TA{ started their poster journey

We provide classic and private walking guided tours in Quebec City and Lévis. Audience is mostly Americans and Canadians (English and French-speaking). Tourists and locals as well.

This specific tour is about Old Lévis' history (Old Lévis is nearby Quebec City, Canada).

I would like a nice poster to :
- promote my tour on my website and flyers,
- print the poster to give it to people who helped me creating the tour (historians),
- print postcards.

Because the tour focuses on XIXth century, Victorian era, I think a XIXth or Victorian style will be better, but I'm open to other styles.
- it could be a historical scene,
- a beautiful building,
- a tool, a hat (like a black and red hat of Mgr Déziel) or something else, alone or not, but beautifully made.

Creative posters, with a powerful concept or poetical, would be better than a photomontage.

About Old Lévis : Old Lévis is part of Lévis, a small city in front of Quebec City, in Canada. It's a neighbourhood with a lot of upper class houses from the second half of XIXth century, couple of churches and big institutional buildings (schools). The area started to grow when the train arrived in 1854 (Grand Trunk Railway).

About the tour : I explain to the visitors the local history and architecture. Main characters are Mgr Déziel (founder of the city), Desjardins family (related to the famous credit union), general Lévis and other characters (like Couture and Davie, but I've other tours with them).

It's about industrialization in Canada, French-Canadian identity and the siege of 1759. Mgr Déziel choose "Lévis" for the name of the city, it refers to the French general and the idea was to remember French-Canadian won against the British (the Anglo-Canadian said the French-Canadian had only a history of defeats).

Victorian style usually has a lot of flowers. So if you want to use the flower (or part of it), check the illustration attached : Veronica chamaedrys. This flower is related to the British troops of 1759.

UPDATE (8th Feb) :
I sent several designs to friends and family to have their feedback and the conclusion is : it would be better to NOT illustrate Mgr Déziel, the priest.

He is a very interesting historical character and, in my opinion, one of the most important in the history of Old Lévis. He deserves to be on the poster and I like how some designers illustrated him.

The reason why it's better to remove him, that's due to the feedback I had : people don't know him and think a priest isn't attracting. Which I can understand. I've to keep in mind the goal of the poster isn't to be a summary of the tour, but to attract people, to make them want to visit Old Lévis.

About the Desjardins family : because I don't want people think it's a poster dedicated to this family, it's better to not illustrate them (or at least not alone).

About the logo : it doesn't need to be big, or central. It can be discrete. Especially if the logo doesn't fit with the font you chose.

The poster must contain :
- an illustration to understand the topic and the location,
- the title : Old Lévis
- the subtitle : Victorian Beauty
- the logo (attached),
- NO description or any other text on the poster.

The illustration doesn't need to be complex (not too many elements, characters or buildings). The idea isn't to give a summary with the poster, but on the contrary to be an invitation. When we see the poster, we must think "wow it's beautiful, attracting, it looks interesting, let's book a tour!".

No pictures (I don't have rights on all the pictures attached).

It could be a good idea to use Google Street View if you would like to see how the area looks like. Here's the itinerary of the tour : https://goo.gl/maps/eojQnDcJRz62

Create a capturing Guest Appreciation Reception lobby poster for Hotel
US$199
We would like a poster to display on an easel promoting a Guest Appreciation Reception for hotel patrons on any given...
50
entries
11
designers
Help save a country! Create an enticing eco/geo tourism poster for Go Pure Grenada!
CAD 299
Tourism association that sustains or enhances the geographical character of Grenada – our environment, culture, aesth...
73
entries
9
diseñadores
Palm Beach Getaway Poster - Visit Paradise!
US$299
Sells power plant equipment...
28
entries
10
designers
Design us a a vintage Styled Lisbon Atraction
189 €
We are a Portuguese Souvenir company and we sell our merchandising all over our country....
24
entries
11
designer
Vintage Trail Hiking Map
$199
Hotel Guest Hiking Map...
6
entries
3
designers
Illustrated Lisbon Vintage Poster
179 €
We are a portuguese souvenir and gift company and our main target are tourists.
54
entries
17
designers

We saved a spot for your poster contest.

Get started now
BH Xpress Ramadan BILLBOARD
US$429
Logistics / Trucking Company
212
entries
49
designers
Helicopter Tour Poster
US$199
We are a helicopter tour operator. Giving people the chance to experience the taste of flight!
19
entries
9
designers
Helicopter Rides Poster
199 $US
Helicopter tour company based out of New Orleans, LA
31
entries
11
designer graphistes
Nola Hotel Group Mission / Vision / Values Poster
US$ 299
We are a full-service hotel management company for a collection of boutique hotels in New Orleans with about 150 employe
105
entries
29
designers
Dalton Highway Clean-Up
199 US$
We are a locally owned tour company based in Fairbanks, Alaska that leads ground and air tours north of Fairbanks on the
49
entries
6
designers
Vintage Italian car podcast artwork to appeal to women
399 A$
We are an Italy travel resource site launching a podcast focused on travel in Italy. Our audience is global, mainly fema
86
entries
18
designers
Learn more about poster design
See how it works