bigmacscanlan needed a new logo design and created a contest on 99designs.

A winner was selected from 1177 designs submitted by 317 freelance designers. 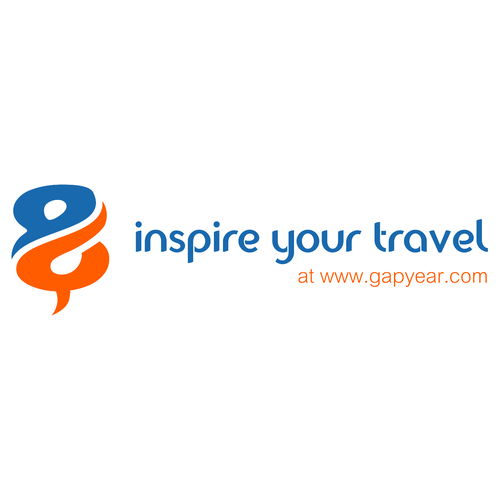 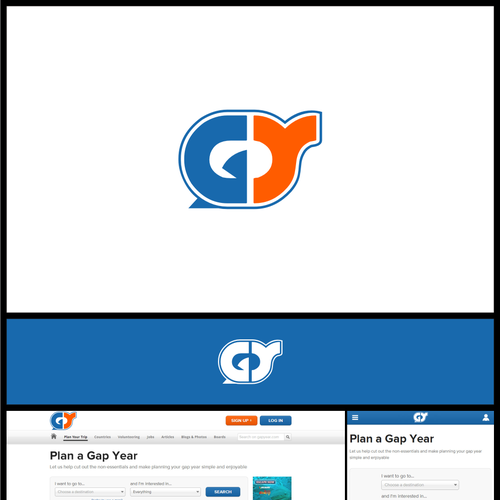 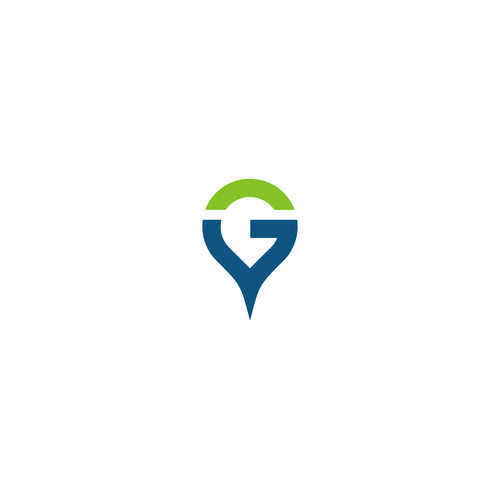 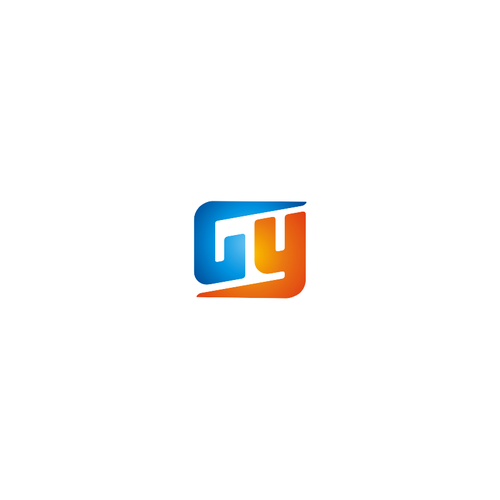 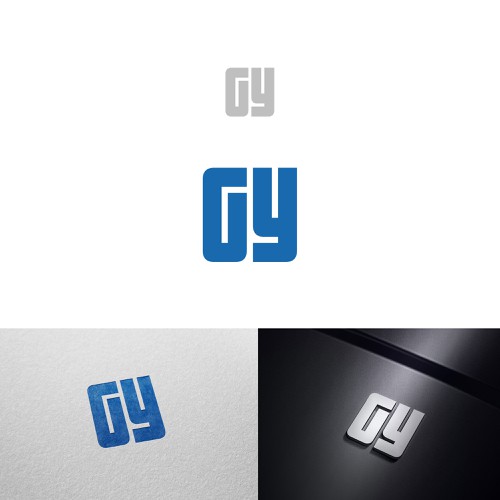 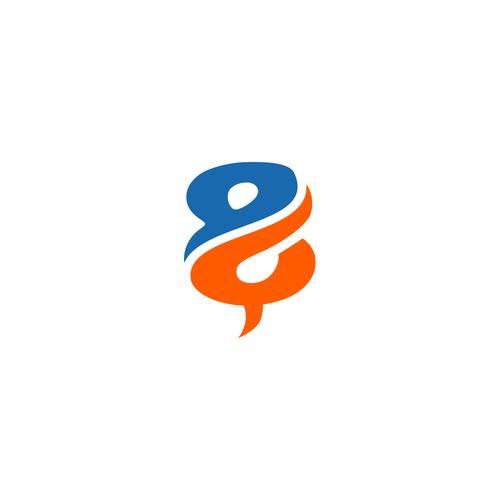 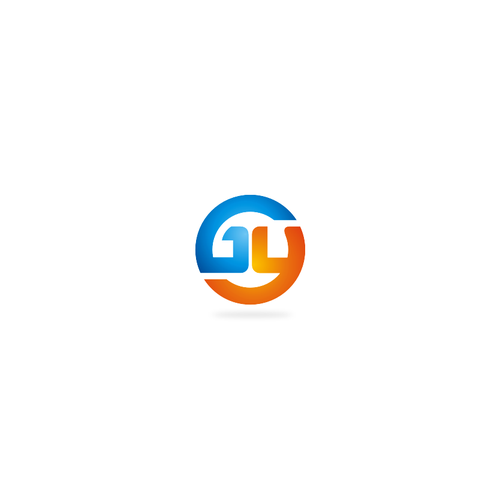 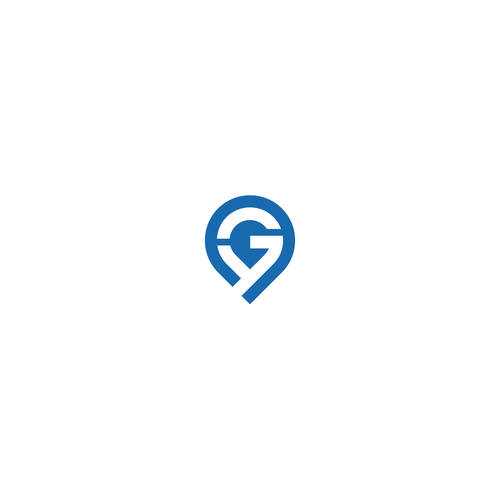 Winner - Seegoaking
Great design work. Very professional and responsive to requests and revisions. Would highly recommend him for your design needs.
- Alapuyade

Finalist - noboyo
Great designer! No complaints whatsoever. Very patient with all of my requests.
- Anonymous

Finalist - deleted-806924
She followed the design brief to a T and offered various options which was very much appreciated. When I saw her design come in, I knew it was the winner!
- erin7

GY is a niche social network and travel advice website, designed to provide it's users with the easiest and most enjoyable way to research, plan, discuss, book and share their gap year.

The website - gapyear.com - is created and maintained by backpackers, for backpackers, and offers expert advice on travelling, volunteering and working abroad, all tied together with inspirational ideas, opportunities and products.

The site also offers users the chance to meet each other, share their life-changing adventures through blogs and photos, chat on messageboard forums, and get published.

The site is currently targeted very much towards the UK market, though the intention is to significantly grow it's international presence over the next 5 years.

The website is currently undergoing a major redesign, intended to move it in a more social direction. In terms of look and feel, we are stripping the site back to a much whiter, more minimalist style, and we require a bold, simple and distinct logo / brandmark, which reflects a youthful, social community, and is much more in line with the current social media zeitgeist.

Unfortunately, due to a trademark dispute, we are no longer able to use the term "Gap Year" in our brandmark. This has influenced the decision to develop a brand around the letters "GY" - the new brand must be shown as "GY" (and not Gap Year or gapyear.com).

Primary fonts used in the (not yet launched) redesign are "Proxima N W15 Reg" and "Proxima N W15 Bold," though these do not necessarily need to be a feature of the logo. The new colour scheme includes blue #1869AD, orange #FF5C00, green #108306 and various greys, with blue being the dominant primary colour. As such, it may make sense to make the blue a feature or dominant colour in the logo, though we are open to all options. The other colours are optional, though feel free to use them.

The primary use for the logo will be on the website, so strength and effectiveness there should be the number one objective. I have attached various screenshots of pages to give context for it's use (and allow design testing). In terms of deliverables, we are looking for a full colour logo, which will also translate well into a single colour monomark when used in positive and negative iterations. We are open to both a flat colour design or the use of gradients in the full colour version of the logo.

If possible, the inclusion or integration of a brandmark which can itself be used as an engageable UI feature would be highly preferable, though not essential (examples of this would include the way Facebook's F, SoundCloud's cloud icon, Twitter's Bird, or StumbleUpon's SU are also used as share button icons).

Firstly, thank you so much for the massive response to this project. It has been incredible, if a little overwhelming. I’ve been doing my best to go through and feedback, rate and respond to as many of your designs as possible, but I’ve had a huge number of messages, so I do sincerely apologise if I haven’t got to yours yet, or if my feedback has seemed brief. Please forgive me if that is the case.

After reviewing a large number of logos, the strongest designs so far have been the simple but distinctive brandmarks built around the GY letters. What’s not really working is the use of the brandmark in complete isolation (as it creates a bit too much cognitive dissonance when used on the website) and I’m starting to feel the existing tagline isn’t quite clear enough.

After playing with some of the better brandmark designs myself, I think we might need to do something a bit different. It has been great to get the designs through from the 99 Designs community, and this has really helped in making this decision. If some of you could please have a play with designs in this format (http://99designs.co.uk/logo-design/) with a roughly equivalent visual dominance, that would be very much appreciated. Ideally the “Inspire Your Travels” part would be editable so we can use different messages in different contexts. The Proxima Nova font we use on the site seems to work well for this, but I’m open to other font, designs, and concepts of a similar nature.

Overall, I’m very encouraged by the quality of some of the brandmarks that have come through so far. I have already seen that housing them in juxtaposition with a clearer and more emotive message (such as the one in the mockup) helps a lot. Thanks also to those designers who have included mock-ups in context of the website (and also those who have included positive and negative monomarks along with the full colour format); that has been incredibly helpful when reviewing the designs.

I’m going to go through and eliminate the designs which are unlikely to work with this direction today. I would ask that you please don’t take this as a criticism of your design, just that it is unlikely to work in this way.

Lastly, there have been a lot of very sharp and corporate looking logos coming through. While I actually really some like these, the target market is a youth audience, so rounder, more youthful designs are really what we are after.

Design us an amazing camping adventure company logo - Sydney (Australia) Camping Adventures
AUD 389
We are a eco tourism camping adventure company. We are partners with the local national parks and wildlife association a
172
entries
21
diseñadores
Sea Gypsy Dive Travel
400 US$
For a blog and branding for scuba diving travel, international travel planning, tips for travelers, guide for trips, und
69
entries
10
designers
Please elevate our bareboat charter business to the next level.
$299
Aquatic or nautical elements are essential. The Shelly Kay is a sailing catamaran that will be placed in bareboat charte
72
entries
31
designers
The Christmas Experience needs a magical, cheerful, new logo
299 US$
‘The Christmas Experience’ is night of magic and cheer for the whole family at the DoubleTree by Hilton Binghamton.
38
entries
12
designers
Blog focused on travel and figure skating needs a chic design to attract readers.
US$ 299
A blog focused on world travel and figure skating with tips on maximizing points and miles. Target audience will mainly
45
entries
11
designers
HeyLizy is looking for a creative logo for her fans!
299 $US
HeyLizy is a community of people that introduces friends to other mutual friends. Our target market are females traveler
48
entries
19
designer graphistes

Get started now
Help us create one of the best Lodges in Oregon!
299 $US
Kitchy Hipster bed and breakfast in Northwest craftsman house. Located in Hood River Oregon. Going after younger demog
153
entries
20
designer graphistes
Yoga Ibiza, a very nice combination :)
259 €
Yoga Ibiza is a platform that solely focusses on yoga retraits on Ibiza . Our main focus are women in the age group of 2
90
entries
31
diseñadores
Kids adventure travel company logo
299 US$
kids adventure travel vlog...
85
entries
19
designers
A house, a todem pole, and some creepy shit!
$299
This is a home used occassionally for events that was built in 1929 and has a logo from 1929 i would to redo...
44
entries
18
designers
Hip & Vintage Sailor Jerry tattoo style Logo for Treasure Hunt at Fisherman's Wharf SF
US$ 299
Our treasure hunt is a free activity where people can go to Fisherman's Wharf San Francisco, get stamps from 8 bars and
60
entries
14
designers
Want a modern, simple, creative approach for new business (B2B and B2C crossover)
$ 299
Will - help develop customized services (not a travel agent but may work in tandem with) for clients (i.e., manage buck
44
entries
8
Designer