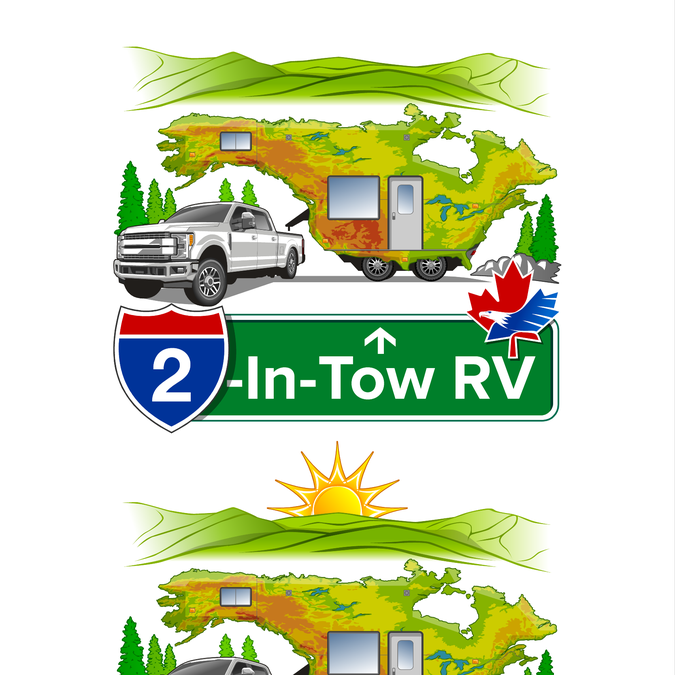 redheaddo needed a new illustration or graphics design and created a contest on 99designs.

A winner was selected from 121 designs submitted by 14 freelance designers. 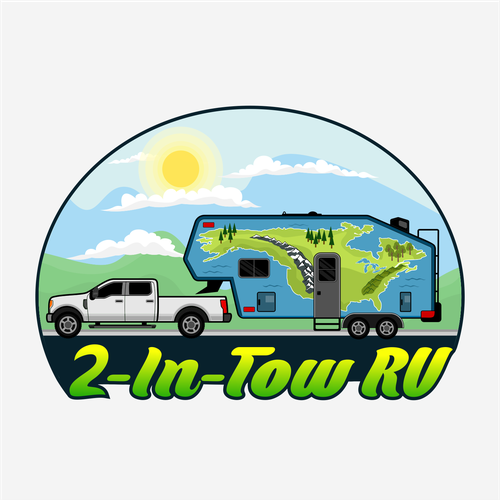 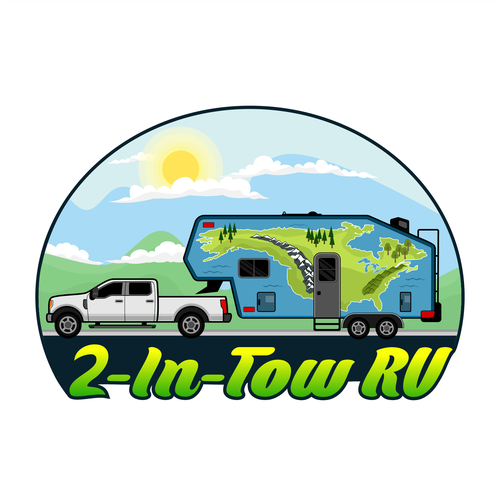 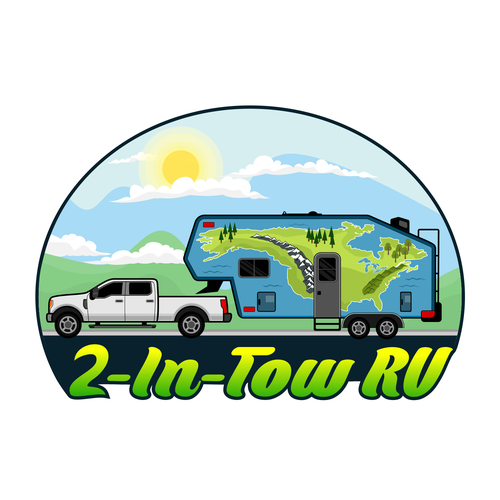 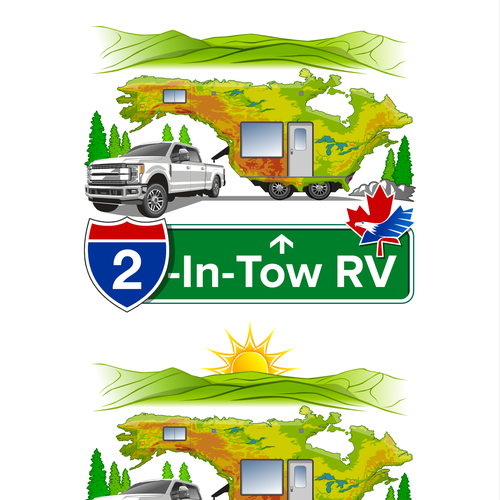 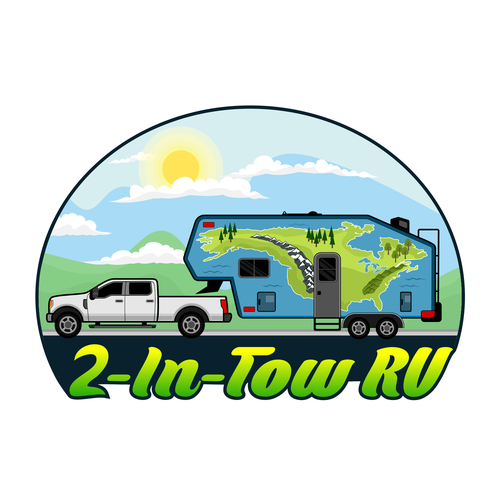 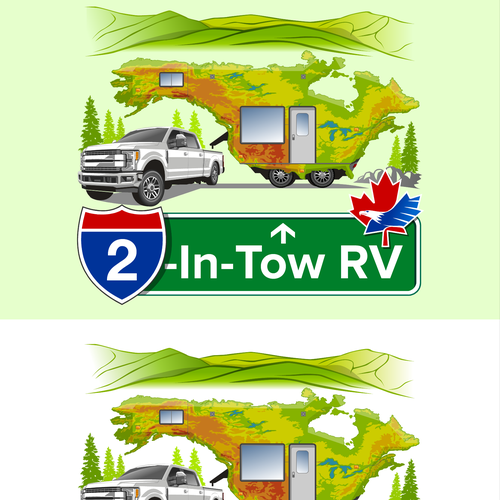 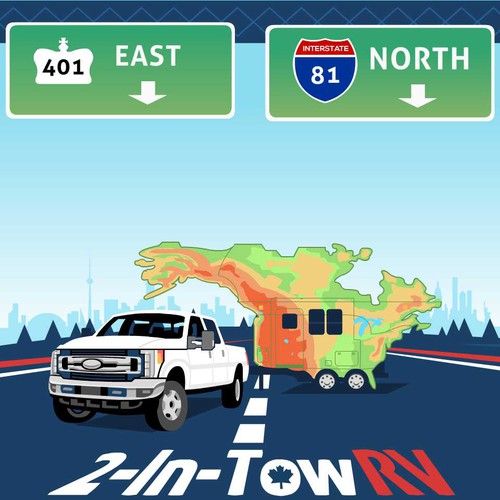 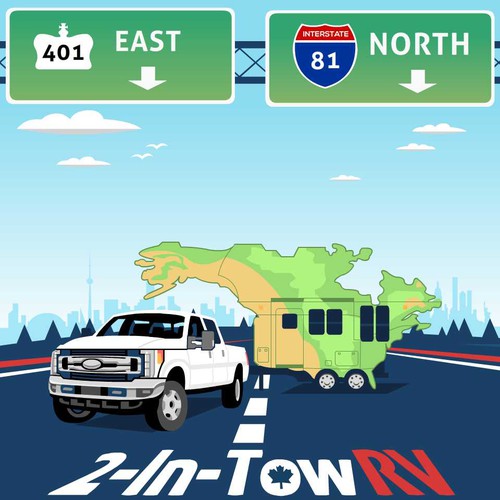 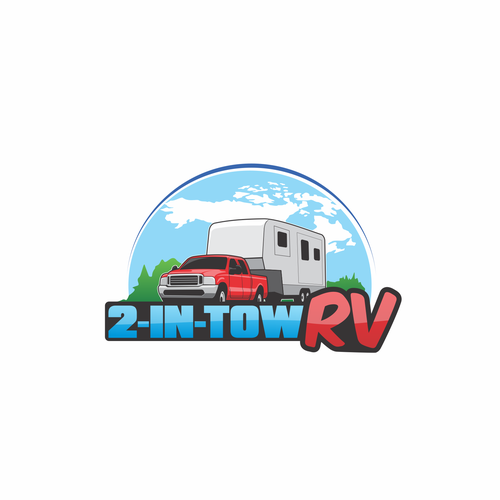 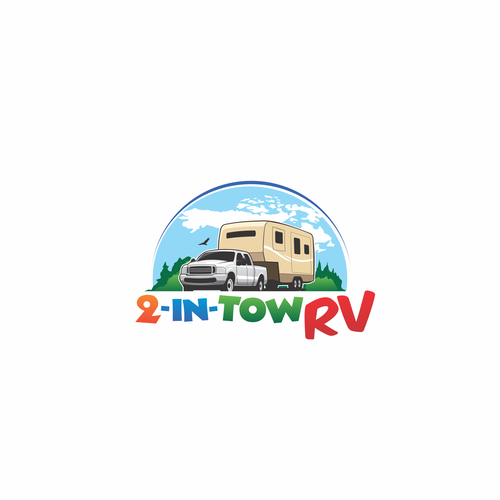 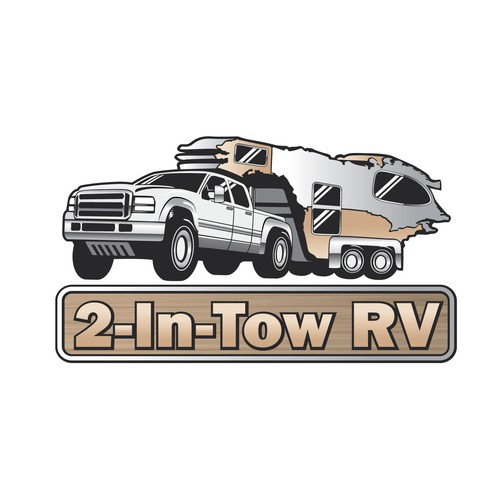 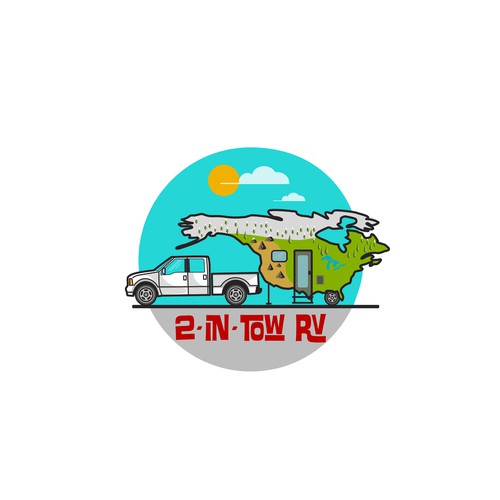 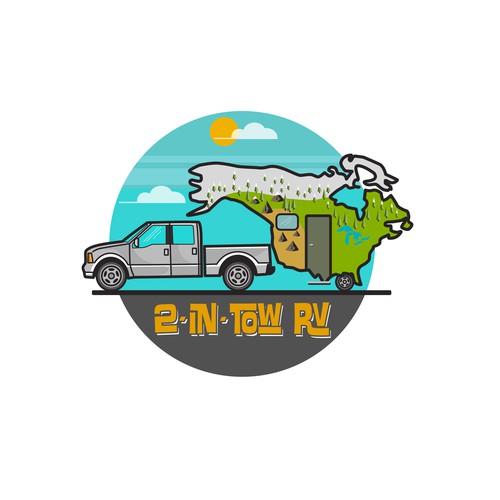 Winner - Pandalf
Pandalf was pleasant to work with, responsive to my requests, and ultimately delivered a set of designs that I am thrilled with.
- pfoleyX

Finalist - triw_indo
amazing experience. so happy with the artist and the vision
- Anonymous

How redheaddo started their illustration or graphics journey

Don is Canadian, Shirley is American, mid to late 50's in age. We live on both sides of the border and travel back and forth weekly, and will be traveling around North America (omit Mexico) for years to come seeing the sites in Canada and the US. We will have a vlog on Youtube and a blog webpage. We'll be traveling in a truck with a 35 foot fifth wheel camper and this logo is to brand us. We'll be reviewing sites we visit and some products we might be using.

I want the design to be illustrated, but realistic looking. The truck is a Ford F250, crew cab (not a dually), is white with a lot of chrome and we would like this look in the drawing, however the truck doesn't have to be branded.

Font should be fun, can be a little uneven but VERY readable. No spaces between the hyphens and letters, uppercase for the I and the T, with a space between Tow and RV.

Fifth wheel camper, we have the idea that the map of North America (- Mexico) is the shape of a fifth wheel. I've enclosed a photo of a map in the styling that I like and it looks like the shape of a fifth wheel when elongated a bit. Can you make the map look like a fifth wheel being towed behind the truck? Perhaps adding doors, windows, wheels, but we still want it to look like the map. This picture is just to give you an idea of what we mean. We don't need all the islands present around Canada and the coastal areas, simplify the main continent. We would like to see the Great Lakes on the map.

Colors, again white truck with chrome, fifth wheel we're not sure about. Surprise us with color, we like bright colors. I've given plenty of information about us and our lifestyle so that you can incorporate those ideas. Although we like our flag colors and we don't mind having some of that, we don't want it to be all red white and blue. We don't mind if there are some designs on the map other than the lakes, some sort of landmarks in a simplified form, such as trees or mountains.

If you want to give the truck and trailer/map a personality or character I'm open to that. It would be nice if the truck was at some kind of angle, not just a broadside view, the truck can even be angled as if turning but the map/trailer can still be straight on.

Logo background, if any, please make it about traveling.

The two pictures I've enclosed, the map is to show how it can be elongated a bit and Alaska would be the front of the fifth wheel coming up over the truck. I don't care if it's distorted a bit, but must be able to tell it's north america. Second photo is of a truck and fifth wheel so you can get an idea of placement of wheels, doors windows, vents, ect. It doesn't need all that but must be recognizable as a fifth wheel. So both recognizable as a map and fifth wheel.

We saved a spot for your illustration or graphics contest.

Get started now
Create an illustration of an exterior rendering of a cool and hip boutique hotel concept
399 $US
The Sawyer is a boutique hotel and event space in an eclectic part of Dallas,TX. I need a designer to create a ske...
24
entries
5
designer graphistes
Create signature "sailing ship in front of setting sun" image for luxury rental property.
US$ 249
This is a luxury holiday rental property...
85
entries
29
designers
Pow Wow Life Shirt Design
US$499
PowWows.com is a Native American online community....
90
entries
15
designers
Logo and icons required for transport app
AU$ 449
The SmartHail (www.smarthail.com) app is used by passengers to book a taxi or hire car. The app can be used all over ...
35
entries
10
Designer
Looking for illustrator to do image for a awesome walking tours company
SGD 489
We are a walking tours company based in Singapore which goes off the beaten track to focus on experiences that give a re
27
entries
10
designers
Gyrfalcon, a 1941 yacht, needs a side view line drawing emphasizing classic lines
US$349
This is a logo for the smokestack of our ship, the Gyrfalcon. She was a US government vessel launched in 1941, and has
48
entries
15
designers
Learn more about illustration or graphics design
See how it works