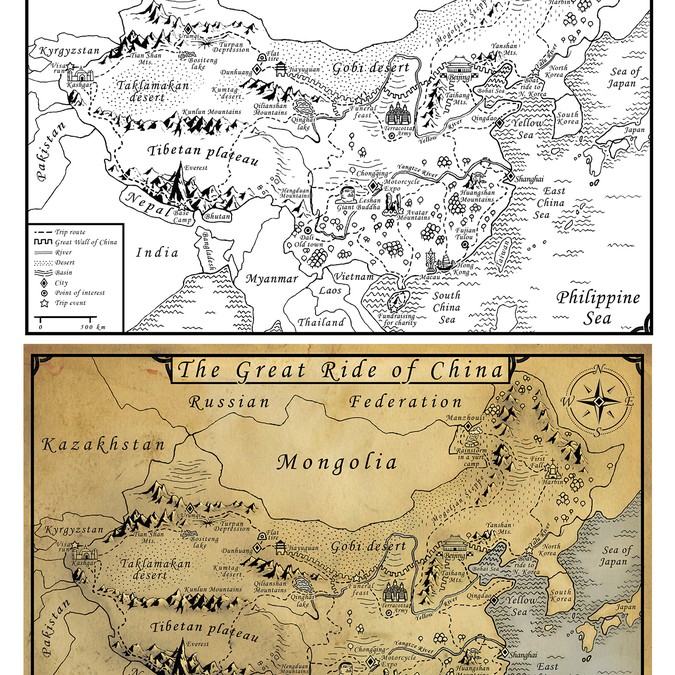 buckI needed a new illustration or graphics design and created a contest on 99designs.

A winner was selected from 50 designs submitted by 12 freelance designers. 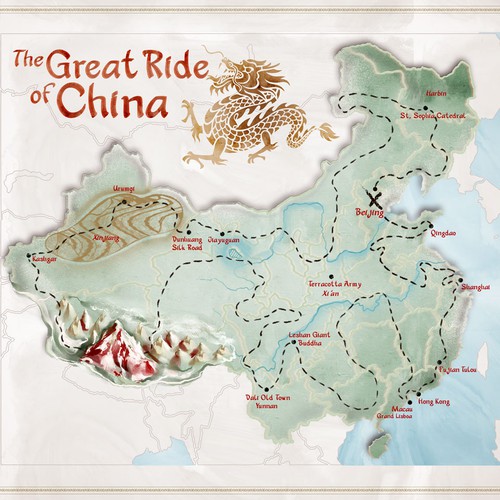 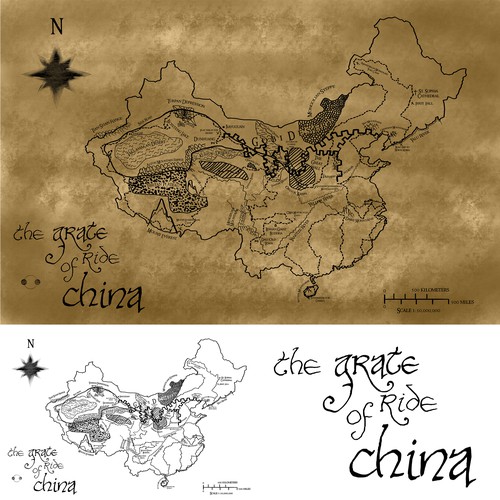 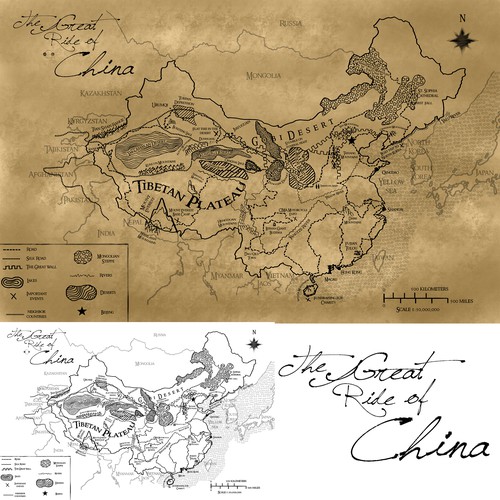 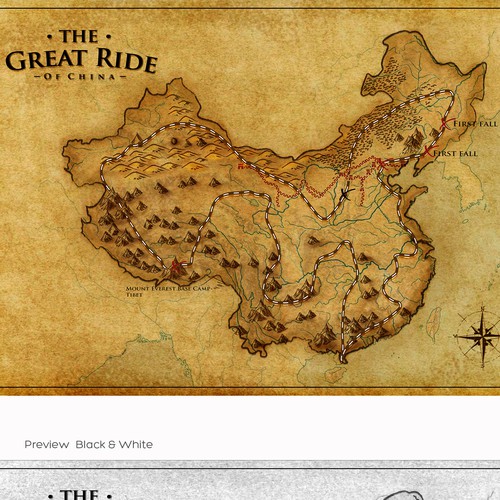 by Your Designer "PIX" 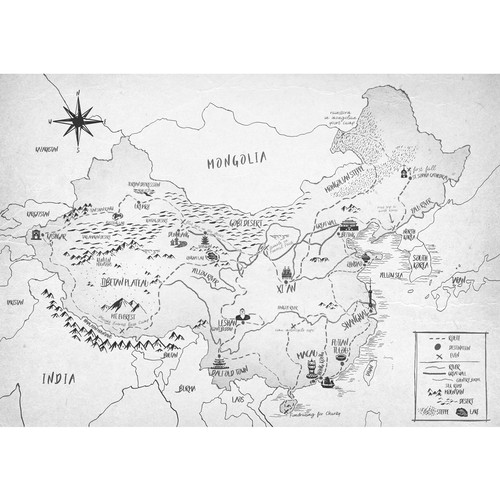 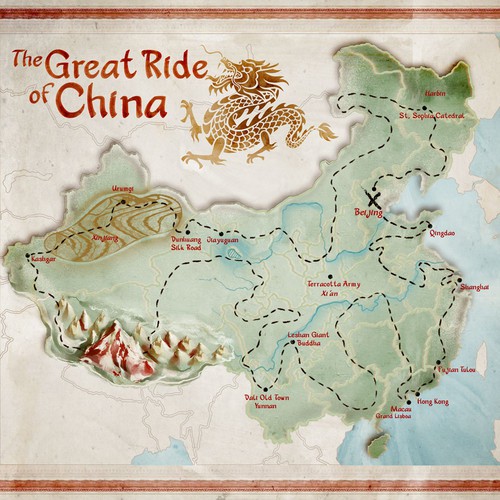 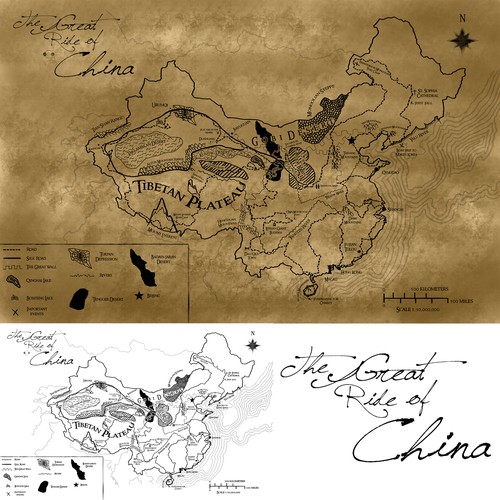 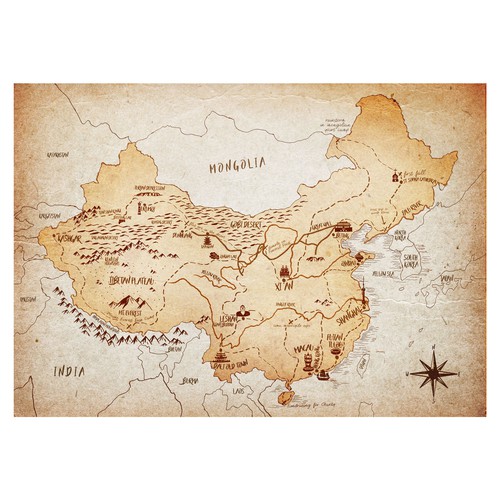 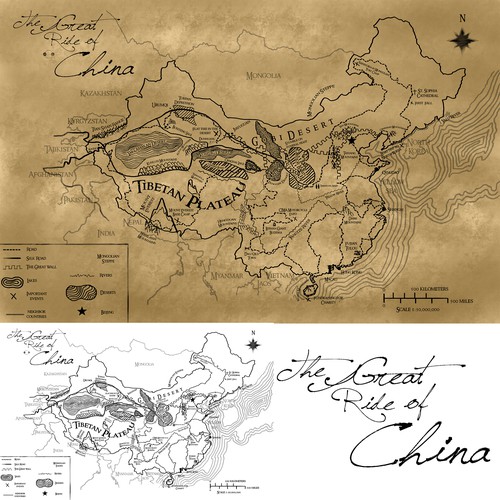 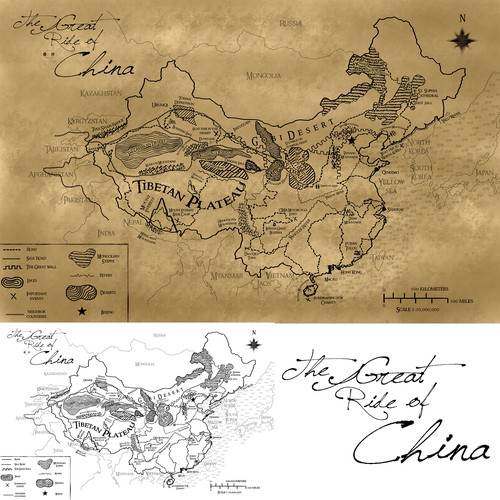 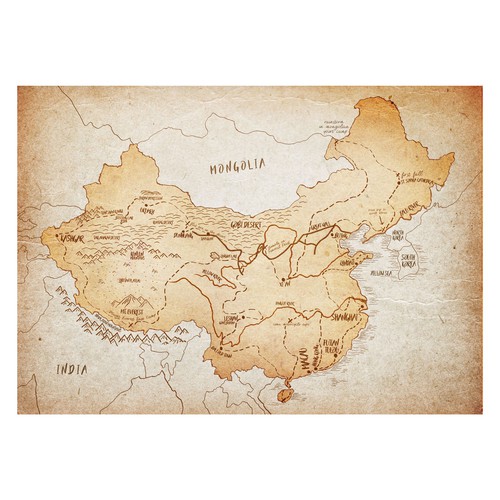 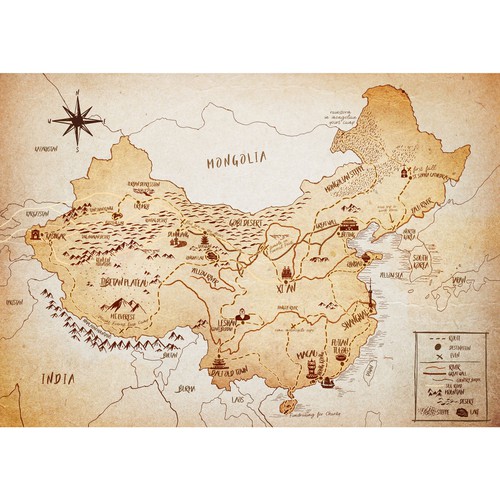 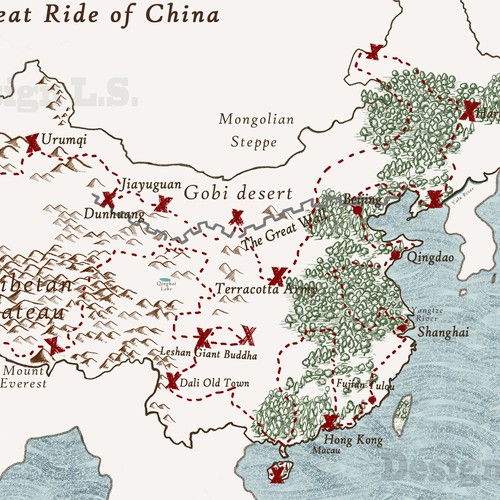 Winner - Nastas
amazing artist, thank you for giving me such high quality work at a decent price.
- Low Kick

Finalist - Kha Studio
My first time using this website and it was like fate that they brought me such an amazing designer. I was humbled by his artwork and he executed my vision and provided so much extra vision to it. I'm so thankful for this for the work he put in and i will definitely be working with him again sometime soon!
- pbruno86

How buckI started their illustration or graphics journey

The Great Ride of China

The Great Ride of China was a 5 month motorcycle ride through every province in the country that I did with my girlfriend back in 2013. The illustration is for the book, an illustrated map of the route.

I would like an illustrated map of China that marks out the route of our journey. I've attached an image of the GPS track for but for a more informative and interactive version of the map you can take a look at our website: http://www.thegreatrideofchina.com/…nd-center/

Style:
A couple things I would like for the designer to keep in mind for the style. First, I would like it to look like an "old", classic kind of map, almost like a treasure map. I have in mind something like what is printed at the beginning of The Hobbit with triangles for mountain ranges, dotted lines for the path, simple but accurate lines for rivers, etc. This map will be printed in a book so it should be able to be printed in black and white and not lose too much effect. For a color version, I like the idea of sepia with fading, however feel free to play around with this if you have a better idea to represent a classic, treasure map feel. I’ll have a digital version that people can access too which will allow for zooming.

Also please note that the design should work in b&w as well as color since the printed version probably won't be color, so please submit both versions for the contest.

Content:
This map will be one of the first things people see when they start or preview the book and it will be a reference for readers throughout the story. So, with that in mind, I'd like to include major geographic landmarks as well as major events from the story. I’m less interested in the province names or borders, but if you feel they can be included without things being too crowded, feel free to play around with it. In the list below, I’m marking priority items since I imagine not everything will be able to fit (high priorities needs to be included). For geography that’s lower priority, if you can include it but need to leave out the name, that’s alright. A legend might also be useful to differentiate what symbols mark mountain ranges, rivers, lakes, deserts, the Great Wall, etc. (this way the labels themselves can be less prominent but a reader can still tell what it is)

Border Areas (if possible, not necessary depending on the designs. Not all borders are included in this either):
* Mongolia
* North Korea
* India, Pakistan, Nepal
* the Yellow Sea
* Kyrgyzstan, Kazakhstan, Tajikistan
* Myanmar, Vietnam

For context, much more information can be found on our website: http://thegreatrideofchina.com

Infographic Creation: "Tips When Traveling to Japan"
US$499
We are looking for an INFOGRAPHIC for Inside Japan Tours to show travel tips when visiting Japan.
33
entries
16
designers
Create signature "sailing ship in front of setting sun" image for luxury rental property.
$249
This is a luxury holiday rental property...
85
entries
29
designers
Capture a child's month long adventure!
US$349
This is a book for my daughter. I'd like to make it special for her as a reminder of our month long trip to Venice It...
125
entries
52
designers
Create a captivating modern illustration for travellers interested in fashion, technology, art, music, design.
US$549
Lifestyle Hotel and Restaurant Company. Really cool hip hotels and delicious sexy restaurants & lounges...
26
entries
9
designers
Design illustrations for tourist maps of famous cities
CHF 549
We create city maps that provide information about well-known, as well as less well-known tourist sights, and incorpo...
89
entries
26
designers
Design a character : International globetrotter
€829
Travel blog...
114
entries
57
designers

We saved a spot for your illustration or graphics contest.

Get started now
Great Hamburg city design wanted! Create an illustration for a hotel head board
€509
We're a European hostel chain based in Berlin, Germany. 4 countries - 19 cities - 31 hotels and hostels We're an ...
68
entries
23
designers
Ocean Reef Exterior Building Paint Concept
US$899
Ocean Reef is an oceanfront resort located in Myrtle Beach, South Carolina. It's target audience is families on an oc...
94
entries
21
designers
Logo and icons required for transport app
449 A$
The SmartHail (www.smarthail.com) app is used by passengers to book a taxi or hire car. The app can be used all over ...
35
entries
10
designers
Looking for illustrator to do image for a awesome walking tours company
SGD 489
We are a walking tours company based in Singapore which goes off the beaten track to focus on experiences that give a re
27
entries
10
designers
Gyrfalcon, a 1941 yacht, needs a side view line drawing emphasizing classic lines
$349
This is a logo for the smokestack of our ship, the Gyrfalcon. She was a US government vessel launched in 1941, and has
48
entries
15
designers
Make My City Map BEAUTIFUL!
549 $
We promote awareness about the city of Nalchik, in the Russian Federation.
10
entries
8
Designer
Learn more about illustration or graphics design
See how it works